All light sources produce 3 types of radiation infrared(IR) and ultraviolet(UV) and visible radiation, whether natural or artificial.

As its name gives away, visible radiation is the light we see, it actually consists of multiple colours all having different wavelengths, when a light is passed through a prism, the colours we are able to see are within the visible spectrum. IR radiation has longer wavelengths than visible radiation, but we are not able to see it, instead, we feel it. It is the heat you feel radiating around a light bulb or absorbed through surfaces in direct contact with light. UV, on the other hand, has the shortest wavelength of the 3 and is not seen nor does it produce noticeable heat as IR does. UV radiation works in the background at different intensities when it comes to light. At a low intensity, it can help by producing a germicidal and bactericidal effect, but at a high intensity, it has the ability to cause skin burns. For that reason, when selecting light sources, designers should always keep in mind how much UV radiation will be emitted and if the radiation will degrade the absorbing surfaces. This is important as not only does radiation cause damage to health but it also has the ability to damage furniture and artwork, as shown below in the 1660 painting by Charles Le Brun.

Architecturally, we can control these types of radiation depending on context and space, where extra 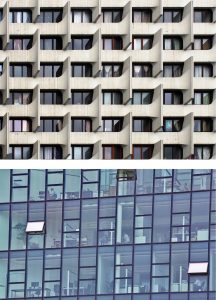 light or heat may be needed, or where UV radiations should be avoided as much as possible, as seen in the painting above. With artificial lighting, this can be done by simply selecting lighting suiting to our needs. For instance, nowadays we are becoming more and more aware of the damage of UV radiation for that reason, low UV emitting lighting, such as LEDs are becoming much more popular. But with natural light, our control depends on what medium the light is passing through, meaning glass.

There are 4 types of glass we can control transmittance though:
Clear glazing: commonly used glass, which is good for illumination, colour rendition, and solar heat gain. It’s the most effective choice for daylight, as we can collect sunlight without the solar heat gain.
Low-transmission glazing: reduces light and infrared transmission, along with heat gain from the sun, but affects colour rendition. It works by reflecting the light back off the glass, so partially light is lost and only some IR is able to enter, while the rest of the heat produced by the IR is absorbed within it.
IR reflective (low-Emission glazing): this glass is visibly transparent to a user but considerably opaque to infrared transmission (both exterior and interior). It’s the most effective when solar heating isn’t wanted by the user. It affects colour rendition but much less than low transmission glazing.
UV controlling glazing: comes with an inserted PVB plastic interlayer, which makes the glass opaque to a considerable amount of UV radiation, this in return helps prevent the degradation or damage of materials. 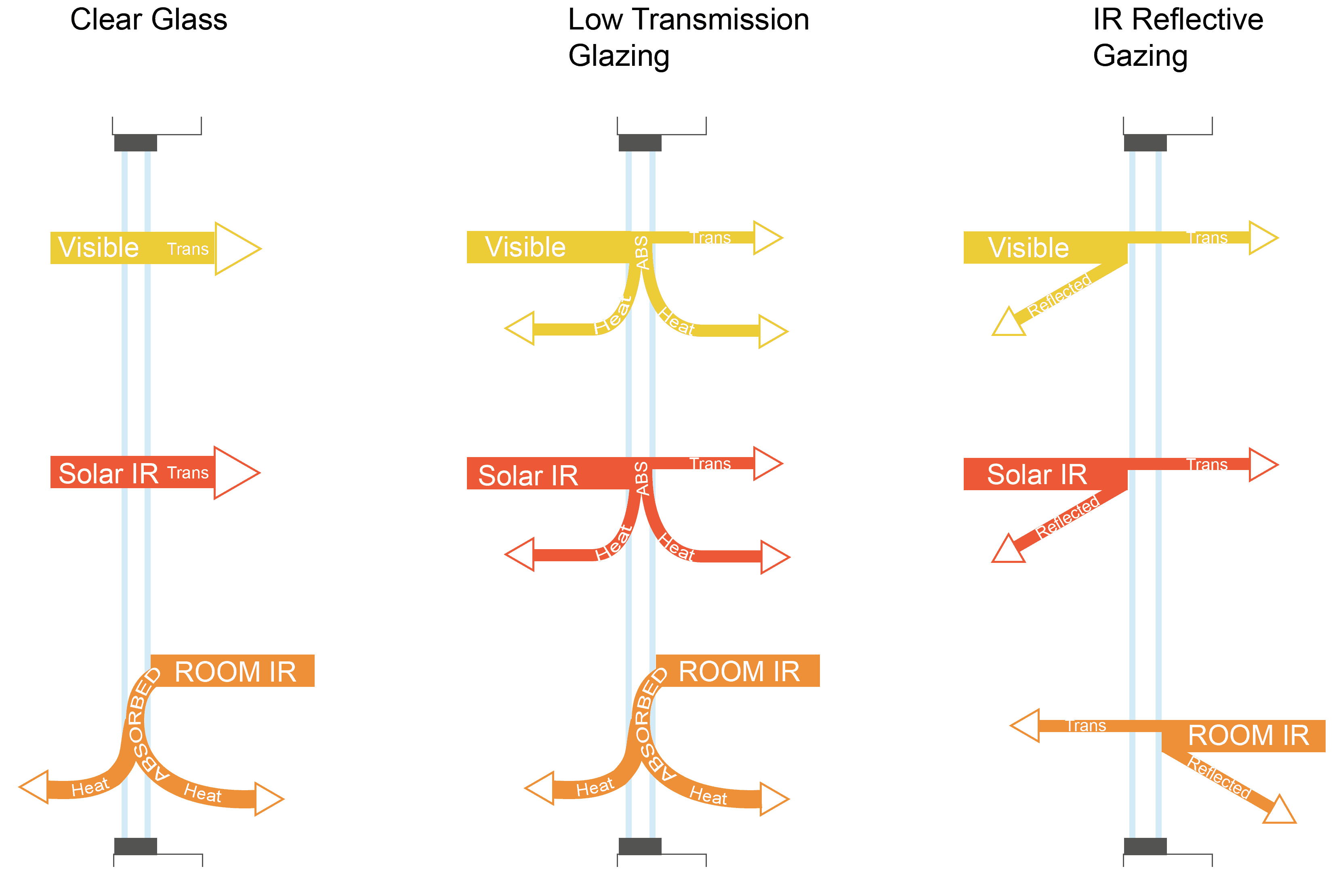 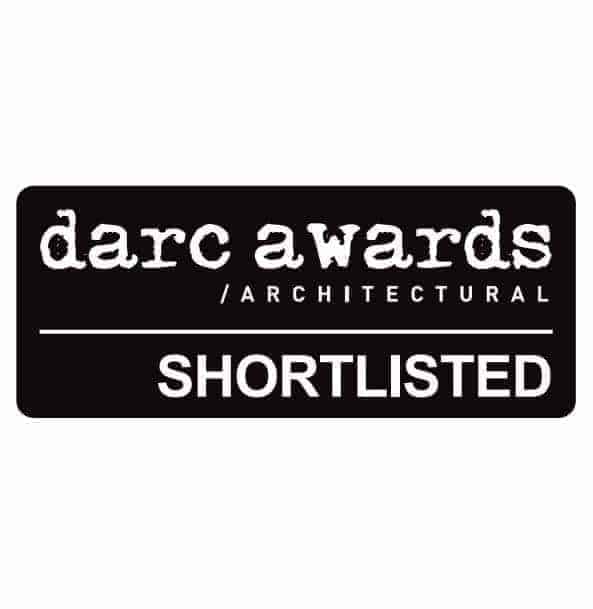 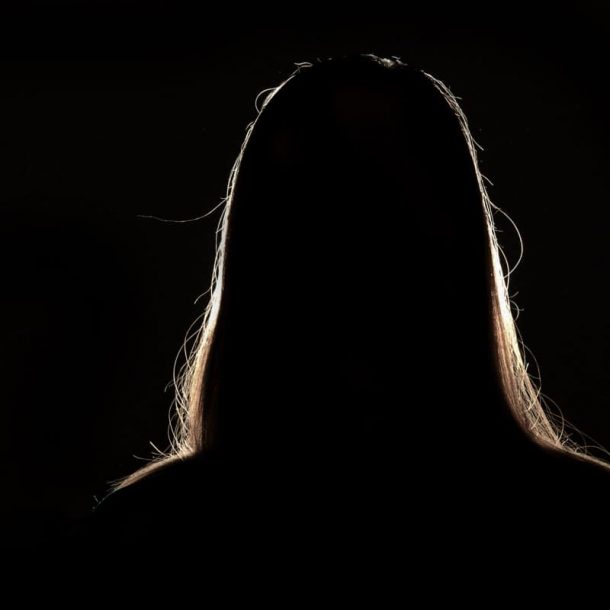