The new shopping mall of Ümraniye district of İstanbul, Canpark shopping mall’s interior architecture and facade has been designed by Toner Architecture. The lighting design process of the mall has started in July 2012 and completed in March 2014. The building area is partly separated to Hilton Garden Inn Hotel, and it is situated between a theatre and the metro station that will be opened after 2015. The mall area is planned to be an important social and dynamic meeting point in the future. Toner Architecture has created a concept by synthesizing the natural elements and the mall’s corporate identity using both inside and on the facade different combinations of glass and wood. Even though the west entrance is left to the hotel, the facade is designed considering the building as a whole, and in the lower elevations is covered with patterned glass and in the upper elevations with bronze glass. The patterned glass facade of about 10 meters in height was lit with narrow-angled DMX-controlled RGB WallWasher equipment as a result of a mock-up made on the spot.The same space between the ground floor and the upper levels is used for the lighting of the painted glass facade on the ground level. Being a part of the design team starting from the first phase of the design process of façade lighting gave an important opportunity to experiment different combinations of lighting as well as the construction of architectural details required for the lighting. The IP protected linear LED lighting at the end of the canopy aims to strengthen the borderline of the building at night on the sky. The showcases on the south facade of the building are illuminated with metal halide track spots adjustable for both 2 and 3-dimensional advertisement lighting. The main idea in the landscape lighting design was to illuminate the road, emphasize the landscape forms and elements without interfering with the view of the lit facade. For that reason in this area, a flexible and multi-usable pole system was preferred that can carry the lighting projectors for road lighting and for accent lighting as well as loudspeakers, advertisement flags etc. The architectural concept in indoor was created according to the concept of nature and the simplicity used also in outdoor. The lighting concept of the interiors was finalized, especially in the ceiling, after several different studies and negotiations made with the clients. For the general lighting of the main circulation areas were used metal halide downlights and for a bright perception of the ceilings were used hidden linear lighting coves with LED lighting sources. In food court floor the interesting part of the lighting design was to help to create a natural and entertaining atmosphere. The pendants on the ceiling were produced in two sizes with narrow beam metal halide lighting sources and grouped in three electrical lines in order to create 3 different lighting levels. Including lighting designers to the project in early phases is quite important and advantageous for the whole design team. It is important to feel the light with mock-ups on site in order to create a place where people enjoy to pass their time both day and night. 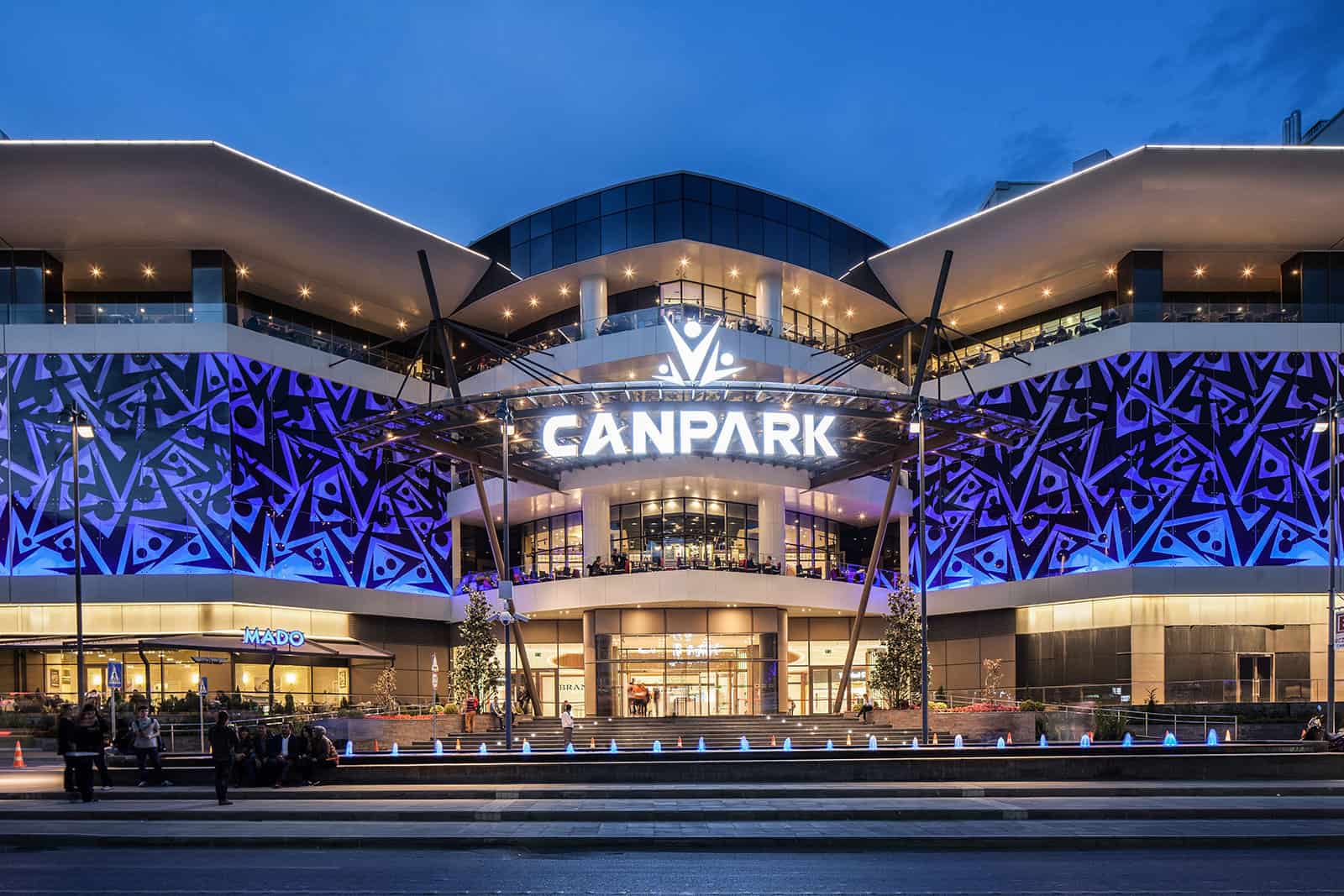 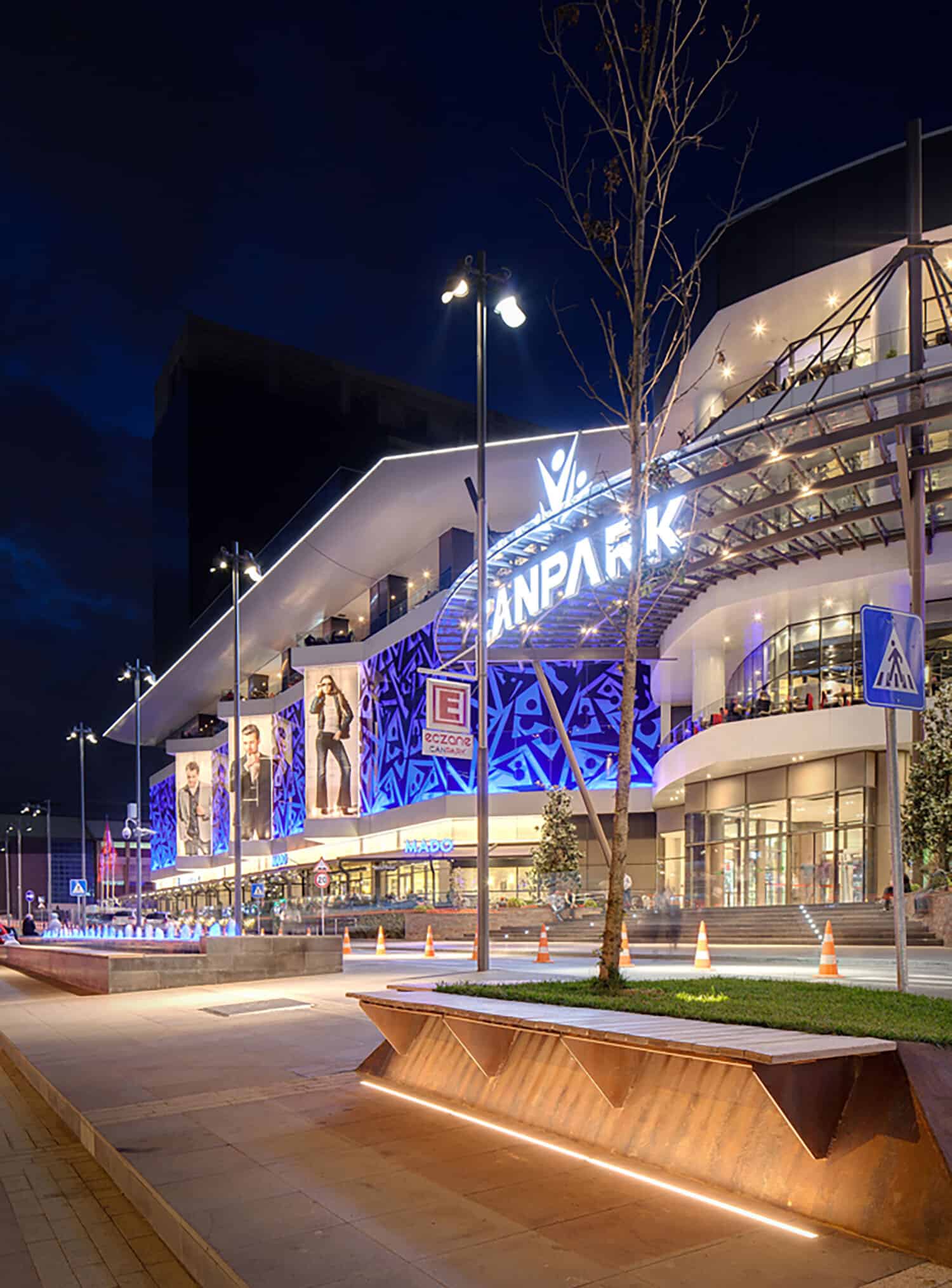 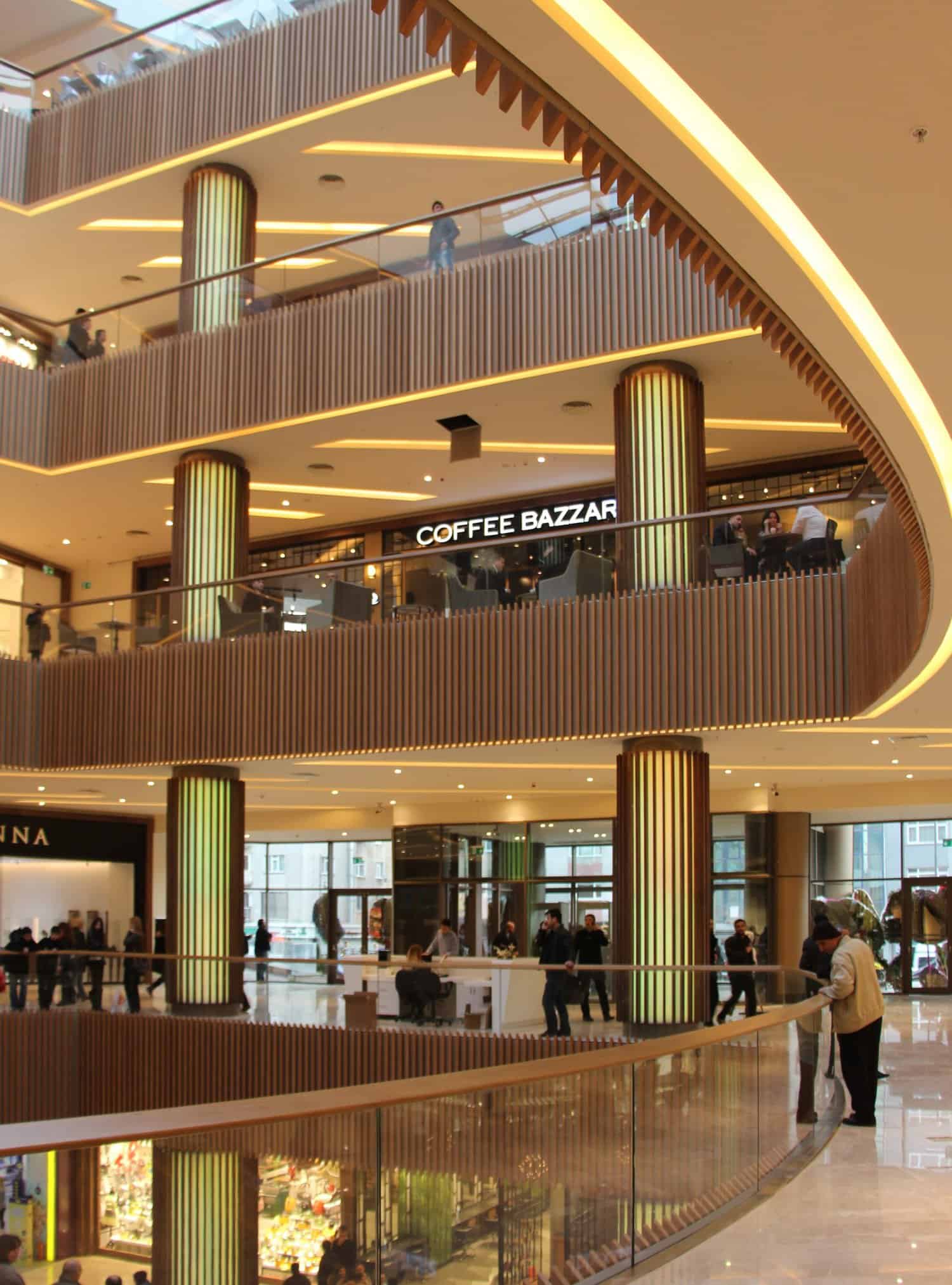